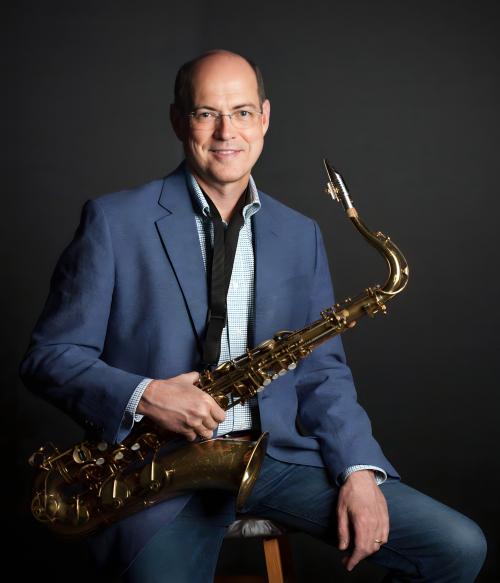 
Sam Fagaly is the Director of Jazz Studies at Eastern Illinois University. He conducts the EIU Jazz Ensemble and is Professor of Saxophone. He also teaches Jazz Theory, Jazz History, and Jazz Band Techniques. Under his direction, the EIU Jazz Ensemble has performed at IAJE, IMEA, and with numerous guest artists such as Joe Williams, Snooky Young, Grace Kelly, Bobby Shew, Jeff Hamilton, and many others. The EIU Jazz Ensemble has released several albums including their most recent entitled, 61920. His saxophone students have been accepted to graduate schools and furthered their education at prestigious universities including The Eastman School of Music, Michigan State University, The Juilliard School, Northwestern University, The Manhattan School of Music, New York University, and William Patterson University among others.

Sam has been active as a clinician and guest soloist throughout the nation. His clinic topics include, Jazz Improvisation, Big Band Rehearsal Techniques, Saxophone Pedagogy (classical and jazz), and Jazz Phrasing and Articulation. He has been featured at the Region V North American Saxophone Alliance Conference performing in both classical and jazz styles. He has performed as a featured soloist with many distinguished jazz artists including J.J. Johnson, Bobby Shew, and Sarah Vaughan. Before coming to EIU, he was a member of the United States Air Force Band of the West in which he served as principal alto saxophonist in the Wind Symphony and 1st tenor in the jazz ensemble, Dimensions in Blue.