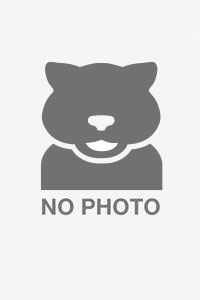 A native of Oyster Bay, Long Island, New York, Richard grew up in Virginia Beach, VA, where he began to carry on a family tradition of making great music. His father, Anthony F. Rossi, studied opera at the Julliard School of Music and sang professionally in a number of Broadway musicals.  In fact, Anthony met his soon-to-be bride, Barbara Winfield, while the couple toured together in the Broadway touring production of South Pacific.

Richard holds a DMA in Conducting from the University of Illinois in Urbana-Champaign, an MFA in both orchestral and choral conducting from Carnegie Mellon University in Pittsburgh, PA, a BM in music education with a concentration in piano and organ from Saint Vincent College in Latrobe, PA, and a Master of Divinity from Saint Vincent Seminary.  Over the years, Richard has studied with many renowned maestros including (in alphabetical order): Vance George (choral), Juan Pablo Izquierdo (orchestral), Dennis Keane (choral), Don Moses (choral), Robert Page (choral and opera), Donald Schleicher (orchestral), Fred Stoltzfus (choral), and Sandra Willetts (choral).

Upon returning to EIU in the Fall of 2019 after a one year leave, Richard began a new venture by launching Charleston’s first professional orchestra, the Camerata Sinfonietta (https://www.eiu.edu/camerata/).  TheCamerata Sinfonietta is a professional chamber orchestra under the auspices of the Doudna Fine Arts Center and Department of Music at Eastern Illinois University in Charleston, Illinois.  Consistent with the traditions and mindset of the original 16th century Florentine Camerata, the orchestra is comprised of professional musicians who also maintain careers as professors, lawyers, nurses, business executives and more.  The orchestra, located in East Central Illinois, attracts outstanding musicians from the tristate area and features regionally and nationally acclaimed guest artists.

In addition to founding and establishing the Camerata Sinfonietta in 2019, Richard has resumed his position as Director of Choral Activities at Eastern Illinois University where he will also continue to direct the Concert Choir, Camerata Singers, Oratorio Society and will teach both undergraduate and graduate conducting, organ and choral arranging.  Other courses Rossi has taught include: University Mixed Chorus, undergraduate advanced conducting, music theory, class voice and studio voice as needed.  In the Fall of 2006 Richard established and continues to direct the Camerata Singers as part of the Collegium Musicum (Early Music Ensembles) at EIU.  Richard actively recruits undergraduate music students throughout the state and graduate conducting students both nationally and internationally.  Richard also held the post of Director of Orchestral Activities at EIU for 17 years where he conducted the Eastern Symphony Orchestra, Eastern Symphony Chamber and the Sinfonia. In 2001 Richard collaborated with Terry Coulton in forming the SHIP (Symphonic Honors initiative Program), an outreach program designed to provide orchestral experience for the exceptionally talented high school and middle school string players primarily in Coles County and the surrounding areas. The program was very successful with over 85 local strings players from the surrounding communities including Champaign-Urbana. In addition to his teaching, performing and recruiting schedule, Richard finds time to raise over $500,000.00 for the department as of Spring 2014 and continues to raise money and find funding to help enrich the musical environment of the EIU Music Department, music students and the community at large.

Richard has conducted many choirs, orchestras, operas and musical theater productions in his career both locally and nationally. Serving as the chorus master for several seasons with the Illinois Symphony Orchestra & Chorus in Springfield, Illinois, Rossi conducted such works as Fantasia on Christmas Carols by R. V. Williams, Fauré, Mozart and Duruflé Requiem’s as well as others. Opera performances include Dialogue of the Carmelites and Die Fledermaus while he resided in the Pittsburgh, PA. In the Fall of 1999 while working on his doctorate, Richard was appointed the Conductor of the University of Illinois Main Stage Opera Production of The Barber of Seville by Rossini. This was the first time a graduate student received the honor of conducting an opera. That same year, Richard was awarded the ALEX Award in the performing arts category from the National Alliance for Excellence from New Jersey; he was chosen as the most out-standing student conductor in America.

In addition to his extensive conducting schedule, Richard has had an extensive singing career as a countertenor. Recent solo performances include Händel’s Dixit Dominum and Vivaldi’s Gloria alto solos with the Chatham Baroque and the St. Vincent Camerata as well as Händel’s Messiah.  Other solo performances include the Peri/Caccini opera L’Euridice, a historical performance, Handel’s Messiah, Bach’s Christmas Oratorio, Purcell’s Ode to St. Cecilia and Come Ye Sons of Art and Orff’s Carmina Burana. Richard has also appeared as a vocal and harpsichord soloist including appearances on WILL’s Second Sunday Concerts. Richard also sang professionally as the countertenor soloist at Trinity Episcopal Cathedral in Pittsburgh.  He can also be heard as one of the soloists in the recording of Leonardo Balada’s Torquemada, nominated for a Pulitzer Prize recorded while attending Carnegie Mellon University. Richard also continues to perform recitals as a pianist, accompanist and organist.

Richard was one of the original founding members of the acclaimed vocal ensemble Choragós at the University of Illinois. The six-member Choragós Ensemble was formed in the Fall of 1999 at the request of the Alamire Foundation, based in Leuven, Belgium. Performances include Medieval and Renaissance Conference in Jena, Germany, including tours to Berlin and Weimar.  Additionally, the group performed several concerts in France (July 2003), the American Choral Director’s Association National Convention in San Antonio, Texas (March 2001), the American Musicological Society International Conference in Toronto, Ontario (November 2000), and the Alamire Conferences held in Belgium, Tours & Germany.  Other performances include the University of Illinois Krannert for the Performing Arts Summer Series.

Prior to living in the Midwest, Richard spent many years in the Pittsburgh area, where he was Conductor/Music Director of The Saint Vincent Camerata for ten years, and the founder and director of The Saint Vincent Camerata Chamber Orchestra, The Saint Vincent College Singers, Troubadours and The Abbey Singers (a professional vocal sextet) who in 1996 had the privilege of performing with The Pittsburgh Symphony under the direction of Marvin Hamlisch in “A Search for a Star” competition in which the ensemble won first place. While at Saint Vincent, Richard directed and produced many recordings that continue to be aired on local and national public radio.  Recordings include Mozart’s Requiem, Haydn’s Lord Nelson Mass, and Fauré’s Requiem as well as some of Rossi’s own compositions.

In addition to his conducting, composing, teaching, singing and playing career, Richard has returned as the organist at First Presbyterian Church in Champaign in the Fall of 2019 as well. A post he held for 20 years beginning in 1998.

In his “free time,” Richard composes sacred and secular music for performance and publication through several publishers including Colla Voce Publ.in Indianapolis, IN where Richard was selected as composer of the Month in September 2013 and featured in July 2019 as composer of the week for Christmas in July. He also publishes with GIA Publ. in Chicago, Santa Barbara Music Publishing and MusicSpoke Publications.

G.I.A. Publ. based in Chicago: http://www.giamusic.com/bios/richard-robert-rossi