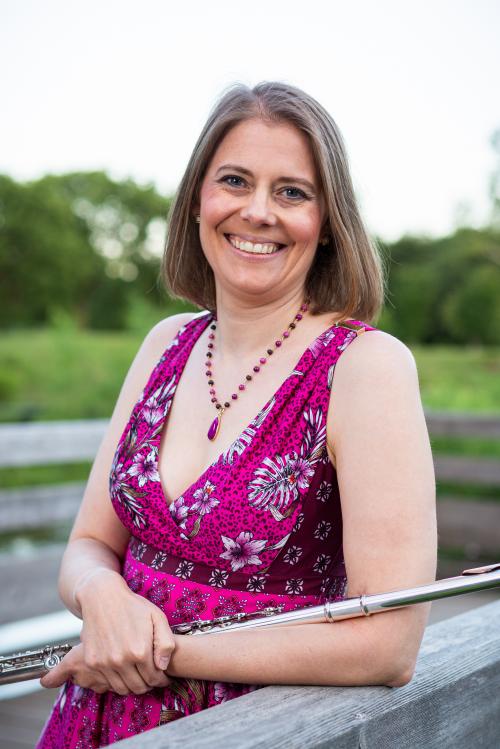 Flutist Rebecca Johnson has been on the faculty of Eastern Illinois University since 2007, and is 2nd flutist of the orchestra Sinfonia da Camera. Dr. Johnson enjoys national prominence as performer and teacher through her work on numerous guest artist recital series, master classes, festivals and orchestras. Internationally, she has regularly performed and taught at the Convención Internacionál de las Flautistas in Quito, Ecuador, since 2009, and was a featured artist at the 2018 Festival Internacional de Flautistas in São Paulo, Brazil. Recent projects include a recording of Thea Musgrave’s music with oboist Elizabeth Sullivan and many regional and national conference presentations, mostly focusing on works by female composers.