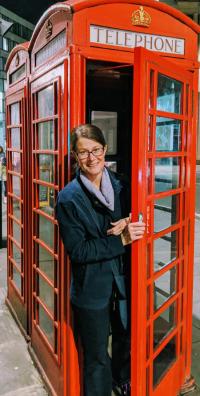 I am a historian of the 19th century United States who specializes in in American women's history. My first book, The Tie That Bound Us: The Women of John Brown's Family and the Legacy of Radical Abolitionism, was published in 2013 and was named a Kansas Notable Book in 2014. I have written articles and book chapters about the 19th century women's rights movement, Civil War teaching, and other 19th century topics. I am currently at work on a book manuscript about the so-called "history wars" in the United States prior to 1865. Here at EIU, I teach the US survey, American women's history, Civil War era history, social studies teaching methods, and historical research/writing, and I serve as coordinator for History with Teacher Licensure in Social Science. I also work with the Illinois Civics Hub as the Preservice Teacher Liaison and write about civics teaching topics for IllinoisCivics.org.