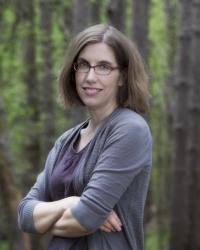 My research interests include early modern intellectual history and moral philosophy; the transmission, adaptation and influence of skepticism in England in the sixteenth and seventeenth centuries; religious and political polemical literature of the Reformation and the English Civil War; hybridity in literary-philosophical texts; and the relationship between word and image in literary, philosophical, and religious texts. Based on these interests, I have published Skepticism and Belief in Early Modern England: The Reformation of Moral Value (Routledge, 2016).

Beyond early modern literature, my research also focuses on literary adaptation. I have three forthcoming articles focused on adaptation before cinema, and Margaret Atwood's Hag-Seed and Penelopiad, adaptations of Shakespeare's The Tempest and Homer's Odyssey respectively.

I am also interested in war literature, specifically the literature of the Iraq War, and I have published "'Did You Kill Anyone?': The Pathography of PTSD in The White Donkey" in Performativity, Cultural Construction, and the Graphic Narrative (Routledge, 2019).

Finally, I have a growing interest in linguistics, literacy, ESL pedagogy and working with Emergent Bilinguals.