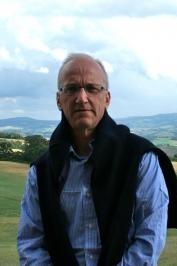 
My scholarship and teaching activities focus on the eighteenth century Black Atlantic. As a social historian I am especially interested in how individuals accommodate themselves to larger societal forces and how identities are transformed. I have been characterized as an Early Americanist, an Atlantic historian, a historian of race and a maritime historian. My articles on black seamen have appeared in Early American Studies, Common-place, Slavery and Abolition, Journal for Maritime Research, the Proceedings of the 2007 Naval History Symposium, Seaport, and Gender, Race, Ethnicity and Power in Maritime America. In addition to my book project, “Liberty’s Labyrinth: Freedom in the 18th Century Black Atlantic,” I continue to work on the development of a Black Mariner Database that as of 2014 contains records on more than 25,000 black mariners and black maritime fugitives. My essay "Sewing a Safety Net: Scarborough's Maritime Community, 1747-1765" in the June 2012 issue of the International Maritime History Journal analyzes how the maritime community of Scarborough, England employed both the governmentally mandated Seamen's Sixpence program and local kinship networks to form a social safety net protecting the port's maritime dependents.
I also blog on black maritime culture at uncoveringhiddenlives.com.

I have presented papers and lectures before a wide variety of audiences on both sides of the Atlantic. A recent example of my research presentations is "The End of the Seven Years War: Celebration or Concern for Rhode Island's Blacks?" at the John Carter Brown Library Fellows' 50th Anniversary Conference, June 8, 2012.  To view the presentation go to http://www.youtube.com/watch?v=sodSZlEPrww&list=PLTiEffrOcz_6p7myqHJRhKHSA_BwAXMTo&index=11&feature=plpp_video.