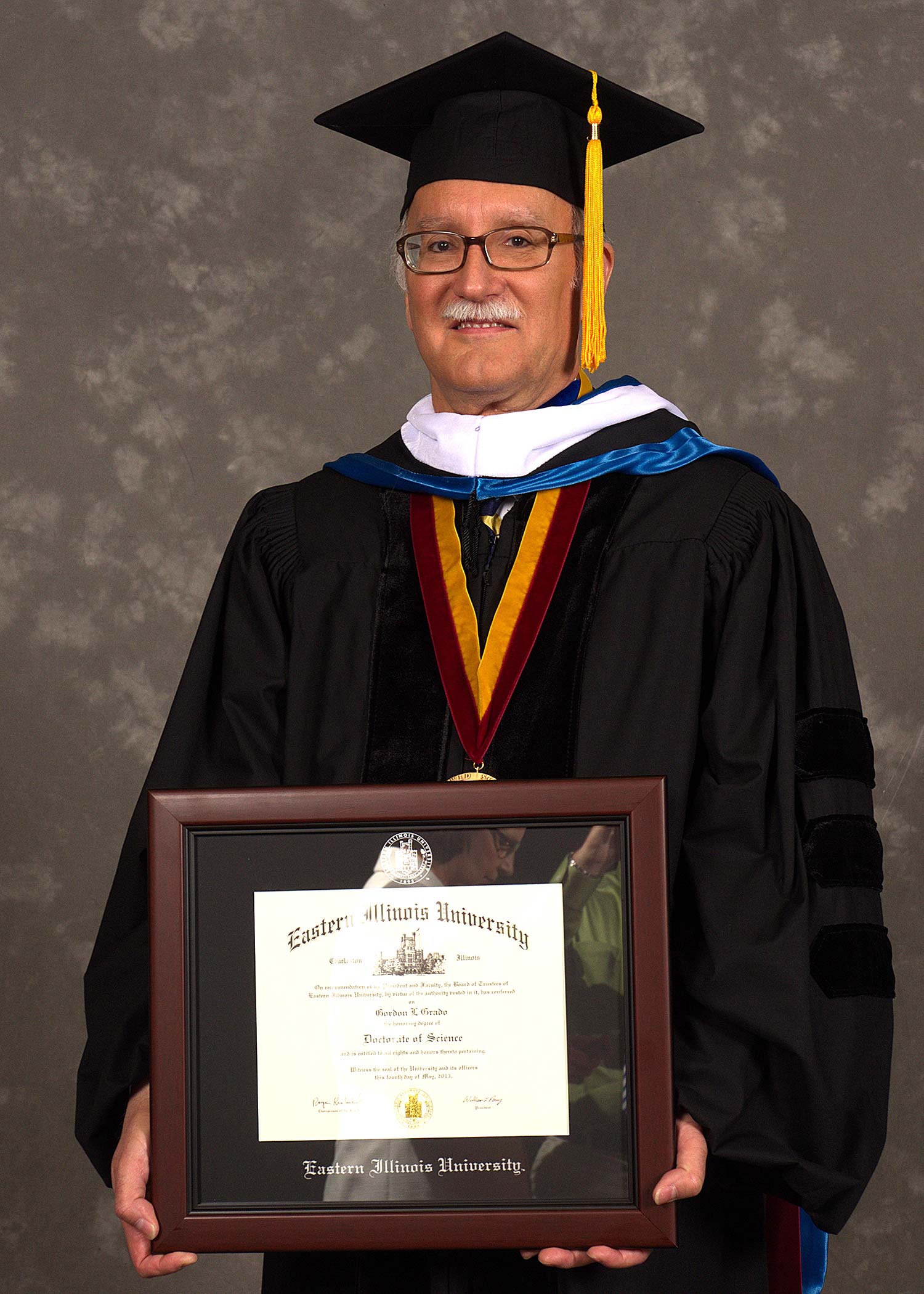 Renowned oncologist Dr. Gordon Grado received an honorary Doctor of Sciences degree from Eastern Illinois University today in recognition of his contributions to medical science and his commitment to his fellow man.

He has give hundreds of presentations throughout the world, and has authored numerous peer-reviewed articles on the subject of oncology.  In June 2000, Grado was personally invited by Jane Hull, the governor of Arizona, to serve on the Prostate Cancer Task Force.

Grado, who received his bachelor’s degree in zoology from Eastern in 1974, was named a Distinguished Alumnus by the EIU Alumni Association in 2006.  He works personally with his alma mater to establish meaningful programs for its students.  He has shown particular interest in helping to mentor pre-medical students to support them in realizing their dreams of becoming practicing physicians.  The Dr. Gordon Grado Pre-Medicine Internship program allows EIU students to fly out to his Arizona cancer facility and spend at least a week interning.

William Fernandez attended a two-week program in 2011.  “We spent countless hours with Dr. Grado himself, learning the basics of how to run a successful practice, how to interact with patients, and a great number of other skills.  My favorite experiences were the surgeries we observed as Dr. Grado narrated every minute step in the procedure in a jargon-free manner we could understand, and also the mock medical school interview.  Simply put, Dr. Grado’s care for us was obvious.  What we learned from him was truly invaluable.”

Grado regularly “Skypes” with EIU students during Alpha Epsilon Delta (pre-medical honors society) meetings at least once a month, answering questions about the medical field and presenting various aspects of his own practice.  His career “is something all medical students can aspire to,” Fernandez wrote.

Grado’s successes in both hospitals and private practice settings are inspirational.  He and his wife, Mary, have helped support and develop cancer treatment centers in the U.S., Mexico, Latin America and the Middle East.  Dr. Grado takes a personal interest in training the doctors and technicians who handle the daily operations of the clinics, and maintains an active role in their success.

Grado has met the needs of thousands of patients, bringing them both healing and hope.  Furthermore, he has shared his knowledge and skills with hundreds of students, residents and colleagues to expand his effect.