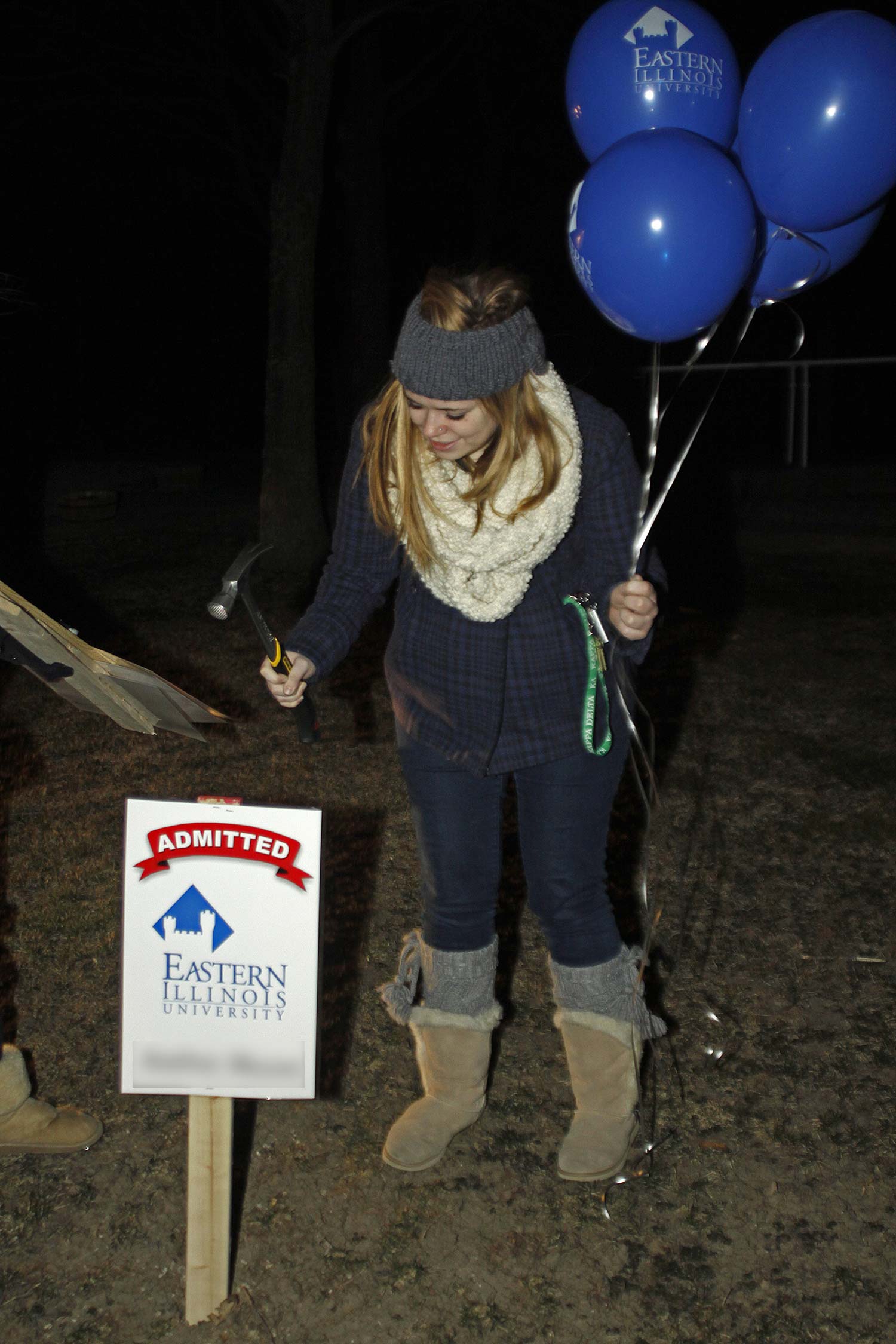 In the pre-dawn hours Thursday (March 21, 2013), the Eastern Illinois University Panther Patrol hit the roads of Coles County to surprise area high school seniors who have been admitted as freshmen for the Fall 2013 semester.  Teams of current students and admissions staff – 19 individuals in all – braved icy temperatures and yes, even some mid-March snow flakes, as they visited homes in and around Charleston, Mattoon, Oakland, Ashmore and Humboldt.  Signs, balloons and backpacks with additional gifts inside were left for approximately 40 prospective students, welcoming them to the university.  Kelly Svoboda, a freshman from Edwardsville, is shown hammering in a sign outside one home while the unaware recipient (presumably) slept inside.  Parents of the recipients were in on the surprise, having already given their approval for the teams’ visits.