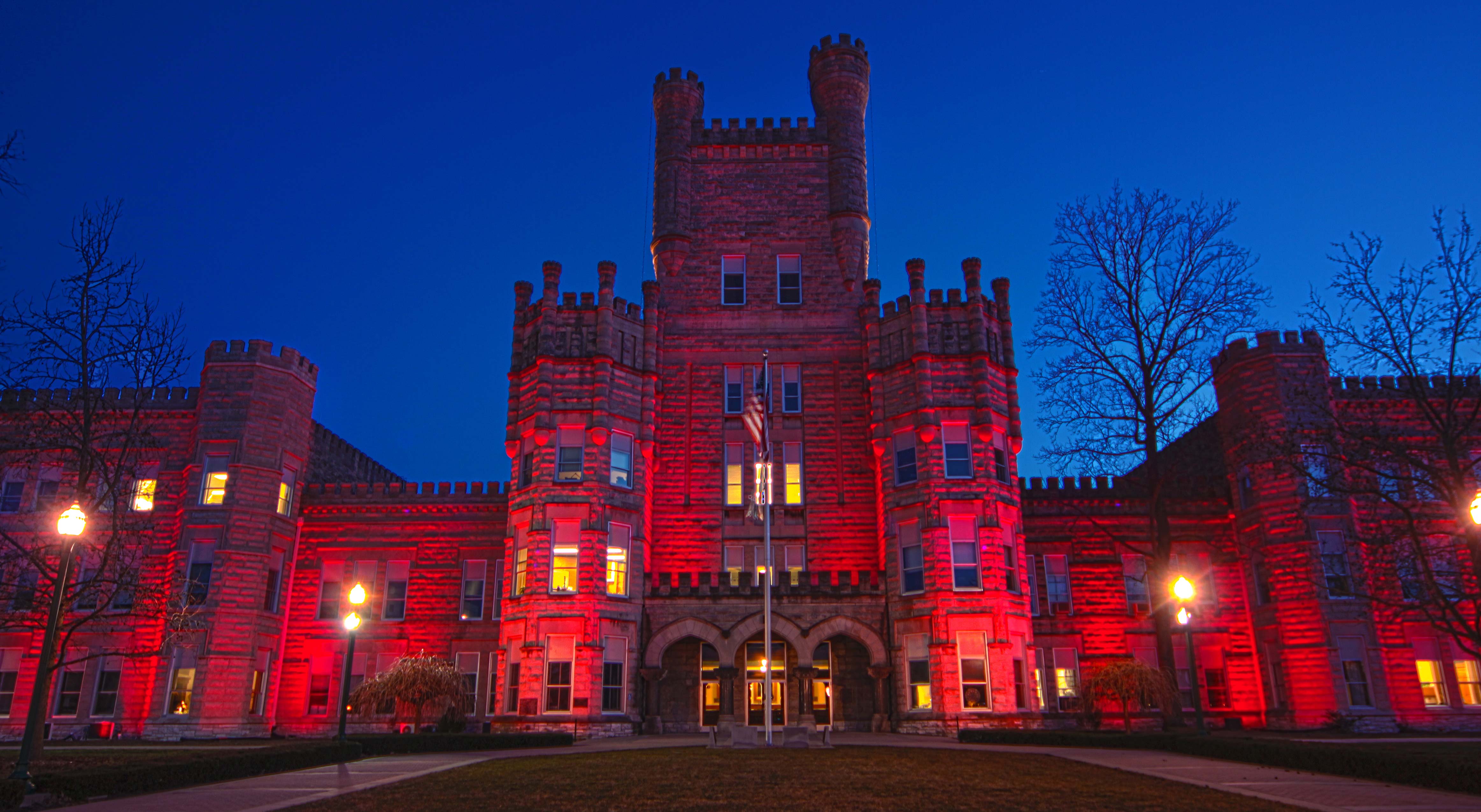 Eastern Illinois University will have a special glow about it during the coming week.

On the evenings of March 26, 27 and 28, the institution’s administration building (Old Main, a.k.a., the “Castle”) will be illuminated in red in observance of American Red Cross Month and Hemophilia Awareness Month.

Additionally, the university will host a Red Cross blood drive from 1 to 6 p.m. Wednesday, March 27, in the University Ballroom of the MLK Jr. Union.  The event is open to the general public.

A programmable lighting system, which made its official debut in December, allows Eastern to celebrate university and community events, as well as commemorate events such as American Red Cross Month, by displaying appropriately colored lighting on the front of Old Main.

The system was installed in response to Eastern’s efforts, in working with the city of Charleston, to create a “collaborative landscape/streetscape plan” from the Neal Welcome Center, located at the intersection of Lincoln Avenue and Douglas Street, eastward to 18th Street (Route 130).

In addition to helping provide a welcoming corridor along Lincoln Avenue, the new lighting is expected to strengthen the connection between campus and the community, and showcase the building’s outstanding architectural features.