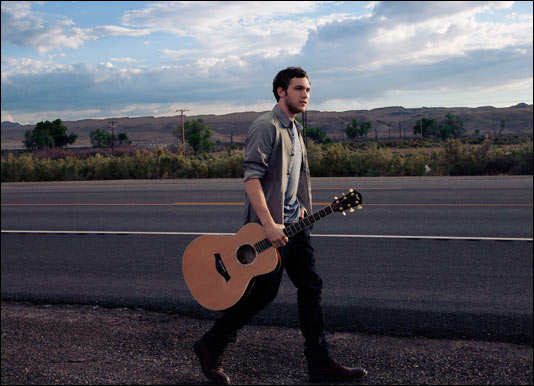 Phillip Phillips, the most recent winner of "American Idol," is to perform at Eastern Illinois University's Lantz Arena next month.

Phillips' first single, “Home," hit the charts at No. 10 on the Billboard Hot 100, making it the most successful coronation song of any American Idol winner. His debut album, “The World from the Side of the Moon," also includes the songs “Gone, Gone, Gone,” “Man on the Moon” and “Volcano.”

The 22-year-old Georgia artist started 2013 touring as the opening act for Matchbox Twenty, but he's now made the transition to the headliner role in his college tour.

The opening act for Phillips' show will be Churchill, an up-and-coming band that has been featured on mtvU's The Freshmen list. Churchill’s songs include “Change,” “Ark in a Flood” and “Sing Out Your Love.”

The concert is sponsored by EIU's University Board.