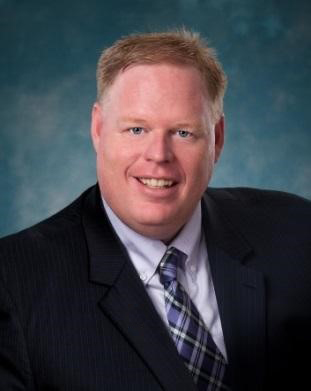 (Charleston, IL) – Eastern Illinois University has selected Dr. Kenneth Wetstein as its next Vice President for University Advancement. Wetstein, an EIU alumnus with two degrees from his alma mater, will oversee EIU’s advancement initiatives when he assumes his new role July 15.

“I am overjoyed at the opportunity to rejoin the EIU Family and humbled to have been selected for this important post,” Wetstein said. “As an undergraduate and graduate student at EIU in the late ’80s and early ’90s, I experienced first-hand Eastern's commitment to its students and their development. The faculty and staff are all in for the students, and I cannot wait to join my colleagues in Advancement, Alumni Affairs, and the EIU Foundation as we seek ever-increasing levels of philanthropic support for EIU and its students."

“We’re excited to add Ken to our team, and we look forward to the enthusiasm and energetic atmosphere he’s sure to generate in this critical position,” added Dr. David Glassman, Eastern’s president. “Ken is bringing more than 20 years of professional experience in higher education and non-profit management to EIU and our communities, and we look forward to both his ambition and his future contributions.”

Wetstein has played strategic and vital roles at several educational and non-profit organizations, where his professional focus has revolved around advancement-related philanthropic development and student affairs program management. In previous roles, he has served as vice president of the Toledo Symphony Orchestra, as vice president for Institutional Advancement and as vice president for student engagement at Defiance College (Ohio), and as the director of Student and Professional Affairs at St. Louis College of Pharmacy. Wetstein also has held administrative and management roles at the Catholic Diocese of Belleville (Illinois), Missouri State University, and at EIU, where he served as a hall director during his graduate school years in the early ’90s.

As vice president for university advancement, Wetstein’s newest role at EIU will include leading a team of development and advancement professionals in the areas of planned giving, major gifts, corporate sponsorships, and donor and alumni relations. He also will be responsible for collaborating and coordinating with Eastern’s board of trustees on relationship-building and related philanthropic initiatives.

Wetstein earned a professional Certificate in Fund Raising Management (CFRM) from Indiana University’s Lilly Family School of Philanthropy in September 2015. Prior, he earned a Ph.D. in Higher Education Administration from the University of Missouri – St. Louis in 2005. Wetstein also holds two degrees from EIU—an M.S. in education in counseling with an emphasis in college student personnel (1993), and a B.A. in political science with an emphasis in international relations (1991). He acknowledges his relationship with Eastern puts him in a prime position to assist the university in achieving its broadest advancement and alumni objectives.

“I am excited to engage with our alumni and with the Charleston community,” Wetstein shared. “EIU has a great story to tell and is experiencing fantastic momentum. I look forward to sharing that story with our supporters and learning about their passion for Eastern.”

“Our future success depends on our ability to strengthen and deepen the relationship between EIU and our key constituents, including our donors, friends, and advocates,” Wetstein declared. “Together, we can accomplish incredible things. More importantly, we can provide even broader opportunities for ensuring the success of both our EIU students, as well as success of the diverse communities and regions EIU serves.”

PHOTO CAPTION: Dr. Ken Wetstein has been selected as Eastern Illinois University’s vice president for University Advancement. Wetstein is a two-time graduate of EIU and returns to Eastern with more than 20 years of experience in higher education and not-for-profit philanthropy. He will assume his new role at the state’s premier public regional university July 15.