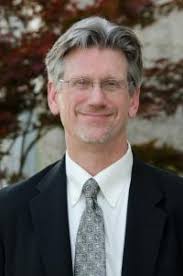 EIU provost and vice president for academic affairs Dr. Jay Gatrell was pleased to see Dr. Key recognized as a distinguished member of the EIU faculty.

“Newton Key is a model colleague whose commitment to student learning is unparalleled,” Gatrell said. “He is a thoughtful scholar whose work engages the profession and enriches the classroom. The entire campus appreciates and benefits from his leadership and contributions.”

Key joined EIU 1989, after earning an M.A. and Ph.D. in history at Cornell University, as well as a master’s degree in philosophy in social anthropology at the University of Cambridge. Over the past three decades, Key has—according to Dr. Sace Elder, department chair of history at EIU— “developed a reputation as an outstanding colleague and teacher, and as an internationally recognized historian of seventeenth-century England.”

Amongst his colleagues, and according to Elder’s nomination letter, Key has built a reputation around the campus and community as an innovative, energetic, and lively instructor whose enthusiasm for teaching is matched by his own passion for learning. In addition to Elder’s nomination, Key received several supporting letters from other members of EIU’s faculty, and for that reason was selected by the awards committee of the Faculty Senate.

Dr. Todd Bruns, chair of the faculty senate group, shared in his recommendation letter that “Dr. Key has led many important initiatives in his career at EIU, in particular the Localities website and journal, and the expansion of faculty development into the Faculty Development & Innovation Center (FDIC). He is an integral part of developing active learning on campus, an excellent scholar, and a warm and collegial colleague.”

One of Key’s major achievements as a scholar, according to supporting materials from fellow professor of history Dr. Bailey Young, is his co-authored textbook, Early Modern England, 1485-1714: A Narrative History, as well as an edited primary source companion volume, Sources and Debates in English History, 1485-1714. Despite being written by two American scholars, the book is used widely in the United Kingdom as a standard English History textbook.

Zach Newell, Eastern’s dean of Library Services, also has been struck by Key’s contributions to campus. Since Newell’s arrival at EIU last summer, he has worked closely with Key on a new Student Development and Innovation Center in Booth Library, and credits Key’s passion, persistence and vision for the future as the driving force behind plans for the new space for learning on campus. Newell also cited an “intellectual partnership” between the FDIC and Booth Library as key to their collaborative success.