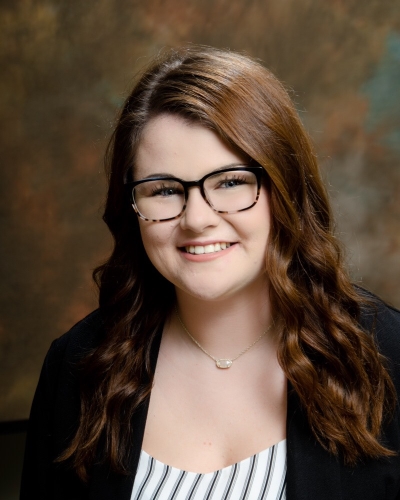 Kathleen Conlin, a soon-to-be junior from Moweaqua, Illinois, was introduced to EIU’s board of trustees by current student trustee Zac Cohen during the board’s regular April meeting. Conlin will take over Cohen’s student trustee responsibilities when his term officially ends June 30.

“I’m excited to get started,” Conlin said in a recent interview. “I hope I can play a part in better educating our student body about the ways student government represents them, and to get more people involved in student government and in campus activities overall,” she said. “I want to provide pathways that invite more students to become active and engaged in campus activities and organizations, because that’s just another way EIU helps to create lifelong relationships with its students and alumni network.”

When asked what drew her to EIU as a student, Conlin said it was her ability to build great relationships right away with faculty and staff across campus.

“Coming from a hometown of 2,500 people, EIU’s campus gave me that same hometown feeling, but still gave me an opportunity to learn and grow away from home,” she said. “That continues to be a big part of my own self-discovery, and Eastern is the perfect place to grow as a student and a citizen.”

Conlin started off as an EIU student senator last year, and later moved up to committee chair for academic affairs. She says that trajectory has helped her build familiarity with both the benefits and challenges of higher education—especially in Illinois—and that her understanding will feed her contributions to EIU as an individual student and as a voice for all the EIU students she’ll represent.

“It’s important to have my own opinions,” she said, “but it’s also important that I use my voice to speak for the entirety of the student body.”

Conlin is a 2017 graduate of Central A&M High School in Moweaqua. She is a special education major with a concentration in early childhood education. She looks forward to graduating in May 2022, and she hopes to create a career for herself teaching in Illinois before seeking out administrative opportunities in education later on as well.

In her spare time, Conlin says she likes to be outdoors, and also has regularly participated in mission trips for YouthWorks, a national organization that coordinates such trips for teenagers and adults across the U.S. and beyond. She also enjoys listening to country music.