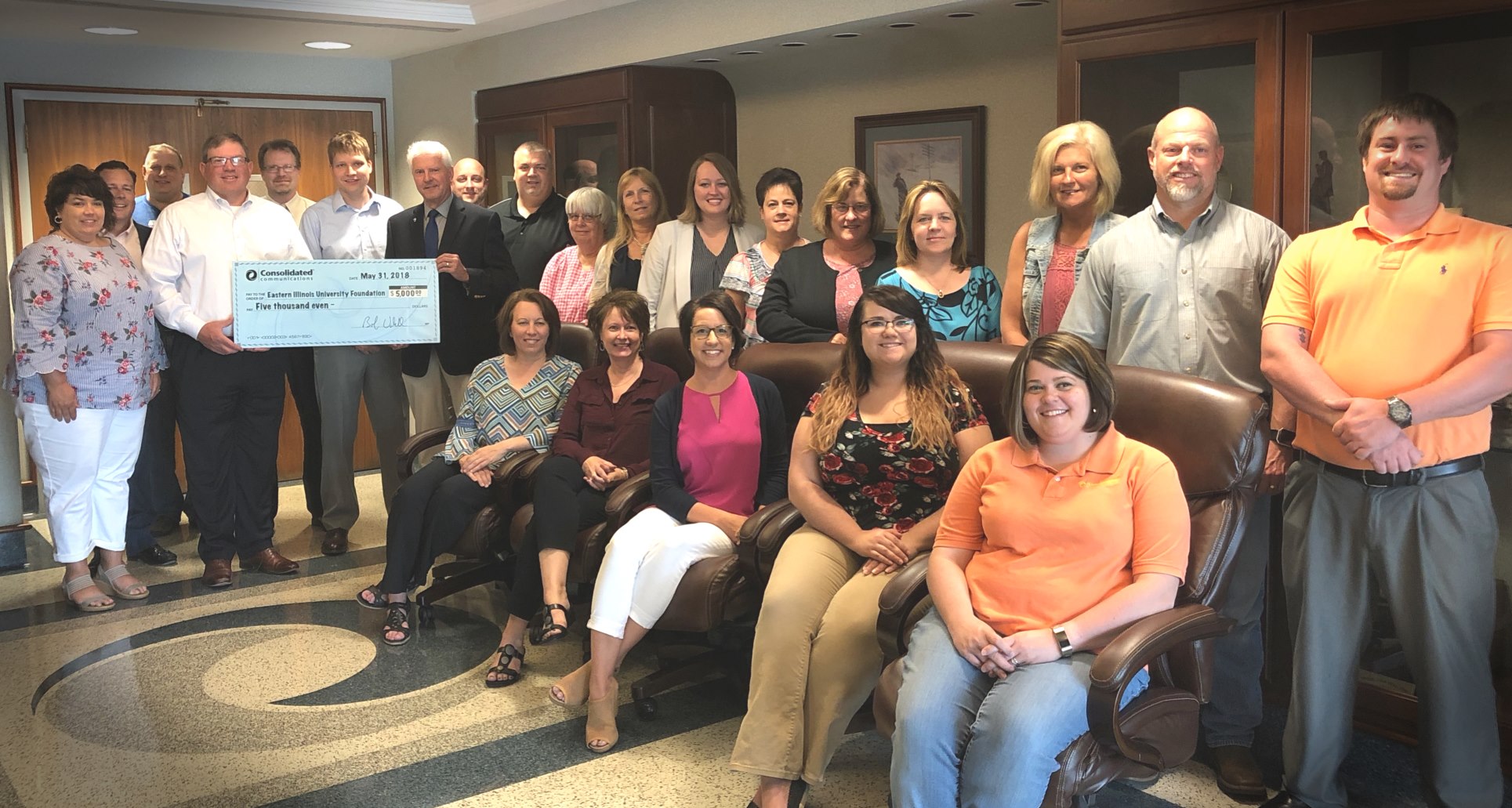 Leaders from Consolidated Communications, together with representatives of Eastern Illinois University, have announced the company’s recent investment to support EIU’s Community Ambassador Scholarship (CAS) program. Eastern’s CAS program encourages local high school graduates to stay in the area by continuing their academic careers at EIU. Like other local and regional businesses, Consolidated Communications, a leading broadband and business communications provider, benefits greatly from EIU’s graduates, programs and services. As such, the company hosted a check presentation in late May at its Mattoon headquarters with representatives from each organization on hand to celebrate the gift.

“Consolidated Communications is excited to make this contribution to the CAS program as an investment in EIU, the community and this area’s future,” said Michael Smith, chief marketing officer for Consolidated Communications. “Our partnership with EIU is longstanding, and many of our employees are alumni with strong ties to EIU. This program is helping create a brighter future for local students while greatly benefitting the region and we’re happy to be part of it.”

Dr. David Glassman, president of Eastern Illinois University, was unable to attend the presentation, but celebrated Consolidated Communications’ commitment to the university and their role in creating future scholarship opportunities in the region.

“We are grateful for Consolidated Communications’ dedication to EIU and for their enthusiasm in creating additional opportunities for local and regional students,” Glassman said in a statement. “Eastern has been a foundational organization in supporting the economic and recreational opportunities across the east central Illinois region, and sponsorships from organizations like Consolidated Communications serve as a decisive testament to EIU’s enduring role in that regard.”

In all, more than 20 EIU partners have contributed in excess of $100,000 to EIU’s Community Ambassador Scholarship program. The program was initially underwritten through a donation by Wells Fargo Advisors, thanks to branch manager Gary Swearingen and staff.