Three individuals have been recognized as 2017 Honorary Lifetime Members of the Eastern Illinois University Foundation.

Initially established in 2006, the EIU Foundation’s Honorary Lifetime Member Awards are bestowed upon individuals who have brought significant recognition and attention to the university, have provided substantial lifetime contributions, or who have attained national or international prominence and prestige in their careers and lifetime endeavors. 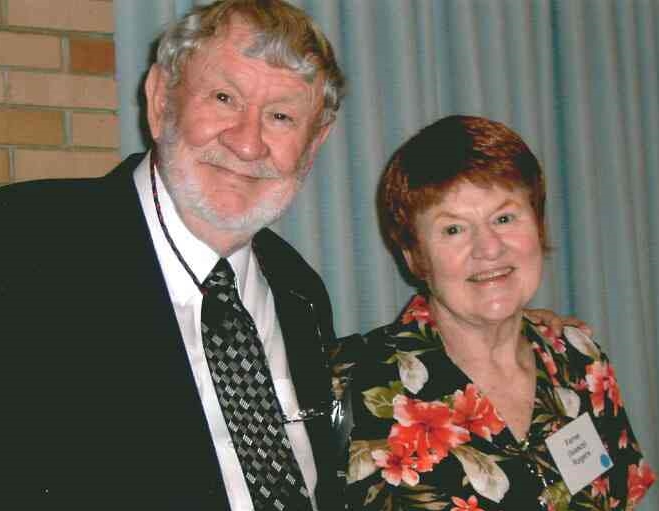 Dr. Donald Rogers taught at EIU’s Buzzard Lab School from 1964 to 1974 before moving to the Secondary Education and Foundations Department at EIU. During his career, he served as director of the Alternative Secondary Education program and represented EIU as a visiting professor in Taiwan. As an EIU professor, he sat on several critical statewide committees that focused on science and adult education.

Ferne ultimately completed three degrees at EIU, graduating with a bachelor of science degree in zoology (’74), as well as master of science and master of arts degrees in speech communication (’77). Ferne taught in both the Speech Communication and Biological Sciences Departments before retiring in 1994.

Over time, the Rogers saw the need for a scholarship to help current EIU education students achieve their academic dreams. At the same time, they were raising four daughters in Charleston, all of whom attended the EIU Buzzard Laboratory School. Three of their daughters went on to earn degrees from EIU. Together, they worked with their daughters to create the Donald and Ferne Rogers and Daughters scholarship in 2012. The scholarship was created to assist elementary and secondary education students with a focus in math and science education and to celebrate the family’s connection to and participation in education in the Buzzard Lab School and Eastern Illinois University.

After retiring, the Rogers’ service and connections to EIU continue to run deep. Donald was a former Annuitant Ambassador volunteer at the EIU Foundation, and both Don and Ferne have given much of their time attending and supporting EIU athletic, fine arts and academic events.

Dr. Gail J. Richard graduated from EIU with a master of science degree in speech pathology and audiology in 1977. During the course of her career, Dr. Richard taught courses and provided diagnostic and treatment services in the Speech-Language-Hearing Clinic at EIU for individuals with a variety of communication disorders. Over the years, many families have driven hours or flown from great distances to receive her evaluations.

During her 14 years as chair of the Department of Communication Disorders and Sciences (CDS), Dr. Richard facilitated the start of the online master’s degree in CDS, which enrolled its first class in 2012. After her retirement, Dr. Richard returned to EIU in a part-time capacity as the first director of EIU’s Autism Center, where in 2014 she established dedicated diagnostic services for individuals with suspected autism. She also established the Students with Autism Transitional Education Program (STEP) program in 2015, which serves more students with a diagnosis of high-functioning autism or Asperger Syndrome in their transition to university life at EIU. In addition, she initiated the annual Autism Conference and created additional fundraising opportunities to support the Autism Center. She regularly presents on the topic of Autism Spectrum Disorders across the United States, as well as internationally, and has numerous publications focusing on autism, syndromes, and language/auditory processing. Dr. Richard has held a number of leadership positions in state and national organizations, including president of the American Speech-Language-Hearing Association.