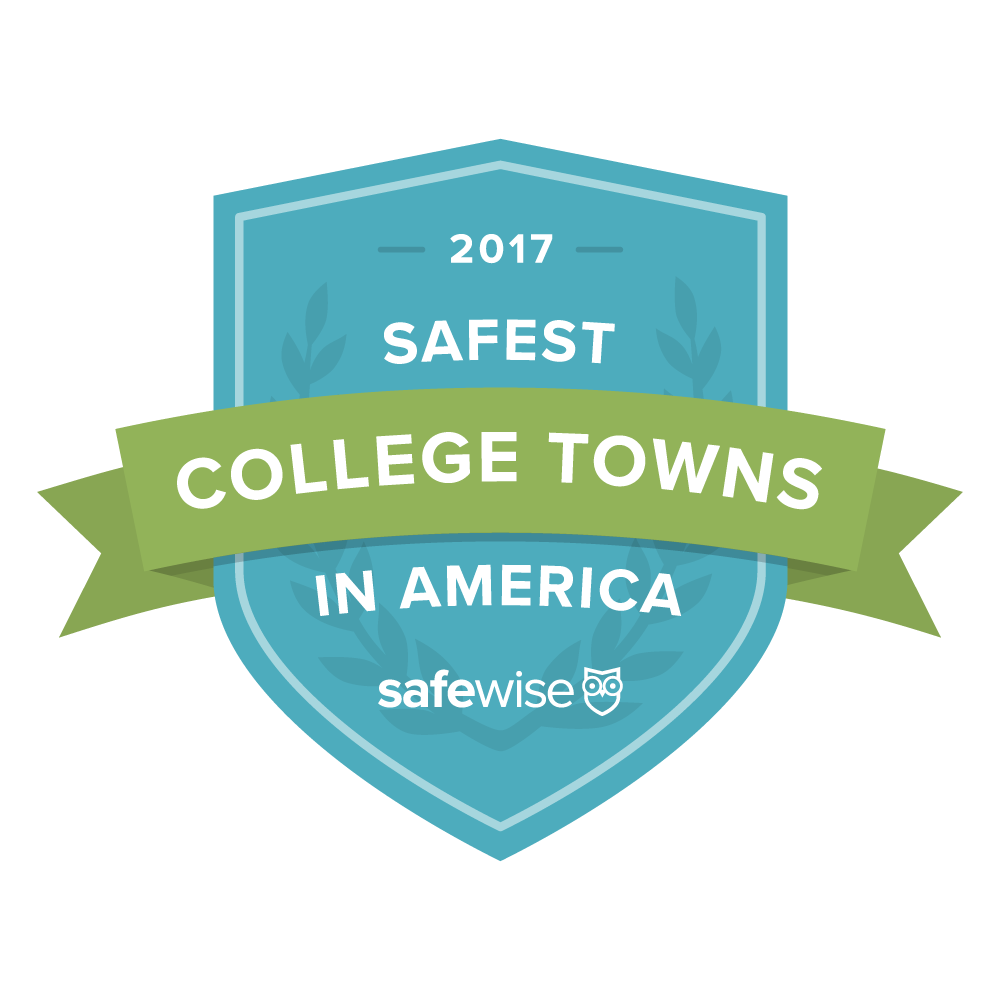 A national survey developed by Safewise.com ranks Charleston, Illinois as the Second-Safest College Town in America.

Security experts from Safewise.com analyzed the most recent FBI crime statistics against population densities, and explored safety-oriented programs and initiatives in college cities throughout the nation. That research culminated in a second-place ranking for Charleston and for Eastern Illinois University.

"Eastern Illinois University is proud to be a part of Charleston, and happy to see the city has once again earned this national distinction," said EIU President David Glassman. "It points to the wonderful resources shared by students and community members here in Charleston, and acknowledges an ongoing, purposeful collaboration between EIU and the city since the university’s founding in 1895."

According to Safewise.com, the city a college calls home plays a big role in students and parents making a final decision to attend -- especially for parents who are sending their children away to school for the first time. That makes a deeper knowledge and awareness of the community surrounding it another critical component of the college selection process. Strong relationships between the City of Charleston and Eastern Illinois University help to enhance the city’s overall safety and welfare. In addition, Eastern Illinois University students regularly donate 130,000 volunteer hours each year as a way to learn about the communities they live in, and to give back through service at the most local level.

The Safewise article notes several specific reasons for the accolades, including campus safety plans, multiple community and campus resources that help college students stay safe in the area, and a close connection between the EIU police department and its City of Charleston counterpart.