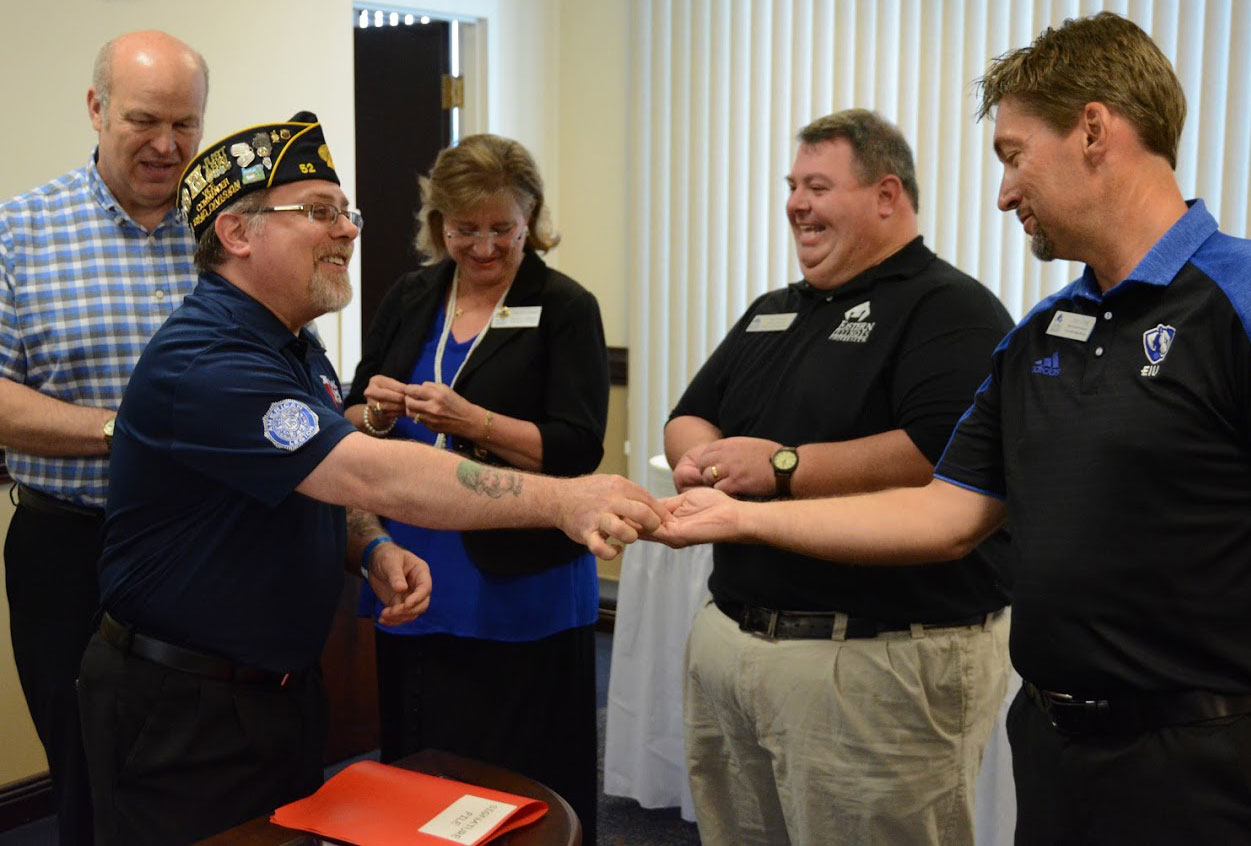 Representatives of both American Legion Illinois Premier Boys State and Eastern Illinois University used the occasion of the 82nd session of Boys State to formally sign a 10-year contract extension.

“With the support of the EIU community and the tireless efforts of an annual staff of more than 100 dedicated volunteers, Premier Boys State has impacted the lives of more than 30,000 young men from across the state of Illinois since the program first moved to Charleston.  We are thrilled to partner with EIU for another decade on a shared mission to provide outstanding young men with ‘A Week That Shapes a Lifetime,’” Brown continued.

“We are very pleased and honored to have American Legion Illinois Premier Boys State extend another 10-year contract with us,” said Mark Hudson, director of University Housing and Dining at EIU.  “Forty- three years ago was their first year at EIU, and we will be excited to celebrate our 50th anniversary together during this contract run.”

Premier Boys State brings hundreds of high school juniors to the EIU campus each year.  The annual week-long event allows participants the opportunity to learn by doing, as they elect leaders and then operate government at multiple levels – city, county and state.

“The civics education and training the boys receive while at Premier Boys State serve these young men for a lifetime as they become involved and engaged citizens,” Hudson continued.