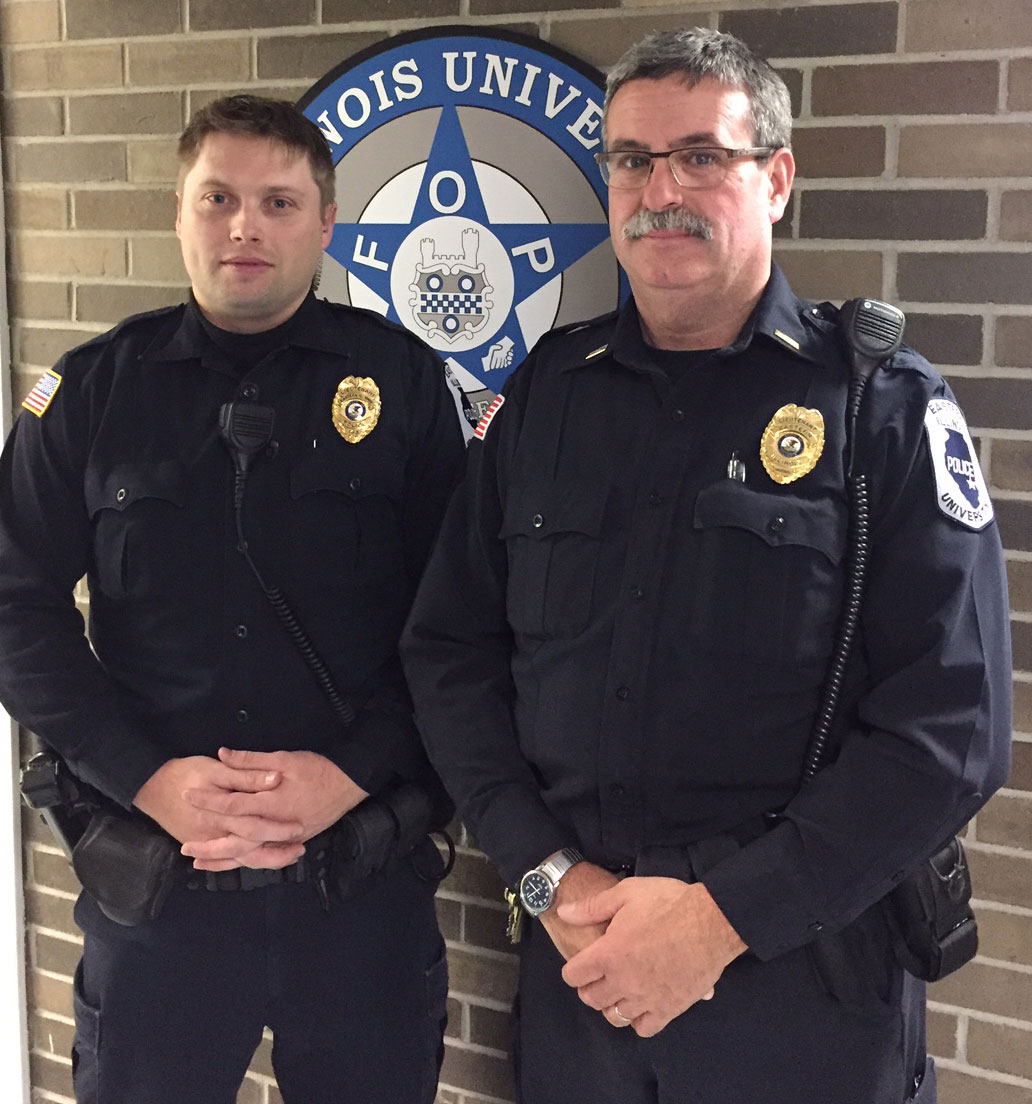 Mike Southworth (left) has been with the department since 2011, having previously served as a police officer with the Oakland Police Department.  He also was deployed to the Middle East with the U.S. Army.

A 27-year veteran of law enforcement, Jeff Endsley (right) has been with UPD since 1998, having previously served nine years with the Coles County Sheriff’s Department.

“I am excited to have Mike and Jeff join my command staff," said Police Chief Kent Martin.  "I look forward to working with them as we continue to improve the department through increased training and professional development. The lieutenants will also work to improve the efficiency and quality of service provided by the patrol staff."