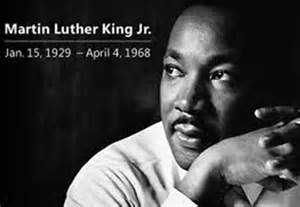 The event begins at 6 p.m. with the march -- punctuated with the singing of inspirational hymns -- beginning from the Thomas Hall lobby (2120 Seventh St.).  Before leaving Thomas Hall, attendees will have the opportunity to participate in a prayer and write down their dreams to be placed on a message board.  The march will end at the Grand Ballroom, located in Eastern’s MLK Jr. Union. The program there will begin between 6:45 and 7 p.m.

Traditionally, between 100 and 200 students, faculty, family and friends support the vigil and program annually. Many join in the march; however, those who wish may participate in the Grand Ballroom activities only.

In addition to selections by Eastern’s Unity Gospel Choir, the program will include a video and a keynote address by EIU alumnus Ron Zimmerman.  Cake decorated with King’s image will be served.

Admission is free and open to the public.