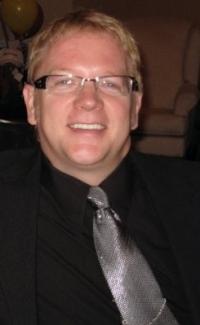 
J. Kevin Doolen (M.F.A in Directing from the University of Illinois) is Professor of Theatre performance and directing.  Doolen was Chair of the Department of Theatre 2013-2019 and served as Chair of the Council of Chairs at EIU 2016-2017.  Prior to joining EIU, Doolen served as Professor and Head of the Department of Theatre at Oklahoma State University where he had been recently named The Mary Lou Lemon Professor of Theatre and for five years prior to OSU, was the Chair of the Department of Theatre at the University at Albany/State University of New York. Professor Doolen has remained active as a director in professional theatre – primarily focusing on new play development.  Most recently, he directed an Equity Reading of Veils, a play in development, for Stageworks, Hudson in New York state, five one-act plays for two play festivals Off-Off-Broadway at Stage Left Studio in New York City (“Griselda” and the stage premiere of “Circus Boy” in the Mama Drama Festival and “Benefit,” the world premiere of “Ricky Boy,” and “Thin Air” in Women at Work Festival), and a revival of “Thin Air” for a “best of” play festival in Provincetown, MA.  Professor Doolen has directed eight professional theatre world premiere plays at Stageworks in Hudson, NY as part of Play by Play Festivals.  One of the critics of Metroland year-end review listed Play by Play as one of the top 10 theatre events of 2006; the actress of “Thin Air,” which he directed, was listed as one of the top 10 performances of the year.  Other notable professional world premier productions he directed include “A Wedding Story,” “Judith,” How to Score,” The Last Standing Protester,” “On the Beach,” “Dearly Beloved,” and “Undress Me Clarence.”  Regionally, his work has been seen at Theatre Bristol and Olde West Dinner Theater, where he served as Artistic Direct of the company.  In NYC, Kevin was Executive Director of Jennifer Muller/The Works, contemporary dance company.  In Los Angeles, Kevin worked in literary and talent management and for Virginia Avenue Project, a theatre company working with kids at risk throughout the city.

He received Kennedy Center Meritorious Achievement Awards in Directing for his productions of Lonely Planet (WA), Mr. Bundy, and The Boys Next Door.  Kevin is a former Chair of Kennedy Center American College Theater Festival- region one, past President of Northwest Drama Conference, and founding board member of the Vermont Association of Theatres and Theatre Artists.  He has been an Irene Ryan judge for preliminary, semi-final, and final rounds in various regions nationally.  His 34 years in higher education also includes positions at Texas A&M University, Castleton State College, Salve Regina University, Virginia Intermont College, where he designed and implemented a BA degree in Theatre, and Columbia Basin College.  He was awarded the Commitment to Education Award presented by Alpha Psi Omega, in which he is a lifetime member, is listed in Who’s Who Among America’s Teachers, and was awarded the Kennedy Center Medallion in 1996.