EIU Bachelor of Science in
Pre-Engineering 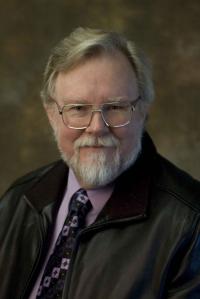 Since coming to Eastern Illinois University my area of research has been twofold; first General Relativity and Relativistic Astrophysics, which include the modeling internal structure of neutron stars, and exact solutions of Einstein’s field equations for massless scalar fields. Since the year 2004, and the construction of the EIU observatory I have also started research in observational astronomy, in collaboration with Robert Holmes and ARI (Astronomical Research Institute in Charleston), projects include optical Search for Near Earth Objects (Asteroids that might collide with Earth), Supernova Surveys, and Variable Stars observations.