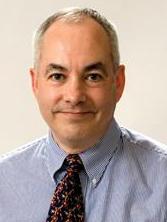 
Dr. Addison earned his M.A. in general-experimental psychology from Marshall University, and his Ph.D. in experimental psychology from Miami University, where he met his wife and best friend Jayne.  After teaching at Saint Peter’s College (NJ) for 5 years, he joined the EIU Psychology Department in 1987.  During his 31 years at EIU, he taught introductory psychology, psychological statistics, orientation to the psychology major, and research methods and experimental design, among other courses.  He also regularly supervised undergraduate student research projects, resulting in more than 100 student presentations at regional and national conferences.

In addition to regularly presenting and publishing research on teaching-related issues, Dr. Addison was active in university service, chairing the Council on Academic Affairs, the Faculty Senate, and the University Personnel Committee.  He also served as department chair from 2001 to 2008, and coordinator of the Department Honors Program from 2013 to 2018.  He served the discipline as President of the Society for the Teaching of Psychology: Division 2 of the American Psychological Association (APA), as a consulting editor and reviewer for the journal Teaching of Psychology, as a faculty consultant for the annual Advanced Placement Exam in Psychology, and as the coordinator for the Mid-America Undergraduate Psychology Research Conference.  He was named a fellow of the APA and the Midwestern Psychological Association.

In recognition of his teaching, scholarship, and service, Dr. Addison received a number of awards, including the EIU Distinguished Faculty Award and the Distinguished Honors Faculty Award.  He also received the College of Sciences Lawrence A. Ringenberg Award, the EIU Luis Clay Mendez Distinguished Service Award, 7 EIU Achievement and Contribution Awards, and 5 Faculty Excellence Awards.  He was named the Outstanding Faculty Member of the Year by the EIU Chapter of Psi Chi 6 times.