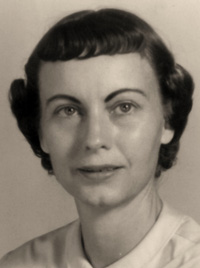 During her tenure in the psychology department, Stoner focused on several different areas of research including educational psychology, personality psychology, age/sex differences and anger relating to drug use in undergraduate students.  She was appointed the first female chair of the department from 1988 to 1989 and also served as co-coordinator of the school psychology master’s program that same year.

Additionally, Stoner was on the board of directors for both the Central East Alcoholism & Drug Council (CEAD) and the Court Appointed Special Advocation (CASA) program. In 1991, the same year as her retirement, she was honored with a Women of Achievement Award.  Mrs. Stoner passed away in 2006.