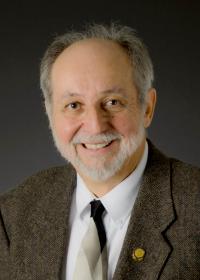 
Dr. Best, a native of Philadelphia, majored in Psychology at LaSalle College and earned his M.A. and Ph.D. in Experimental Psychology from the University of Cincinnati.  He began his professorial career at Indiana University in 1977, and joined the faculty at Eastern in 1979.

During his career at Eastern, Dr. Best taught 17 different courses at the undergraduate and graduate levels.  He was the originator, and initial teacher, for four courses that were listed, or are still listed, in the undergraduate catalog: Cognitive Processes, Psycholinguistics, Problem Solving and Reasoning, and Cognitive Neuroscience.

His early research projects dealt with the cognitive psychology of problem solving, especially as it focused on the issues of strategy formation and development.  Later, as his research interests and personal identification moved out of Psychology and into Cognitive Science, his research focused on the computational basis of deductive reasoning, including its neural computational underpinnings.  His textbook Cognitive Psychology, was published in five editions, and was a major influence on the field, being used at several hundred universities in the 1980s, 1990s, and 2000s.

Dr. Best served as the Acting Chair of the Psychology Department, and later provided service as the Assistant Chair.  But perhaps his most notable administrative contribution was his service as the Coordinator of the Departmental Honors Program, a position he held for 29 years (1984-2013), developing the Program into a model that has been used in other departments across the institution.

In retirement, Dr. Best is writing a book about the future of higher education, composing classical music, and visiting his grandchildren.