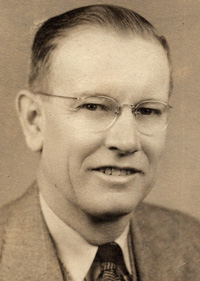 
Dr. Rothschild started his career at EIU in 1934 as principal of Eastern State High School. In 1955 he began teaching college courses in education and psychology. He was also in charge of entrance testing and soon became director of testing services.

In 1964, Dr. Rothschild was appointed the first chair of the newly formed psychology department. During his tenure at EIU he traveled to American Samoa to assist in their educational system, researched and wrote about hypnotism and helped create effective testing systems. Dr. Rothschild was a member of several different organizations including the American Psychological Association, the Illinois Psychological Association, and the National Council of Mathematical Measurement.