The Department of Political Science provides critical knowledge and understanding of politics, governments, and public policies to students and the EIU community. Through classes and applied learning, students gain essential research, writing, communication, and professional skills, preparing them for careers in government and the public sector, nonprofits, legal fields, higher education, and the corporate world. We are committed to diversity and inclusive excellence as we strive to prepare students to be responsible citizens in a diverse world. 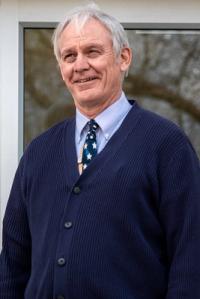 
Mr. John Summerhill Morris (M.A., Eastern Illinois University) teaches introductory courses in American Government and the Constitution(PLS 1153G) as well as State and Local Government(PLS 2603). Mr. Morris is the Department’s principle undergraduate academic advisor, where he has an opportunity to help support students’ academic and professional plans. In addition, John is the internship coordinator for Political Science majors and minors.

John first gained practical experience in government by working for a State Representative while still attending Blackburn College. Upon completion of his undergraduate work, he took on a position with the Representative’s District Office. Mr. Morris also worked for twelve years for a Member of the U.S. House of Representatives as a District Aide. Mr. Morris has extensive experience in applied political campaigning. John has managed and worked in numerous campaigns at the federal, state and local levels. He has held partisan leadership posts as a precinct committee person as well as secretary, vice-chair and county chair in the county in which he resides. John also was the Treasurer of his respective State Central Congressional District organization.

Mr. Morris graduated form Kansas High School in nearby Kansas, Illinois. John received his undergraduate degree in Political Science from Blackburn College in Carlinville, Illinois, followed later by the Master of Arts degree from Eastern Illinois University. Mr. Morris was born and raised in Metcalf, IL, population 211, which he claims is the center of the universe. John married Rachel Yepsen and they have one son, Robert. Mr. Morris has a strong interest in agriculture and is involved with the farm that has been in his family since 1830. Lastly, John lives and dies with his beloved Chicago White Sox--much to the chagrin of some Cubs and Cardinals fans.