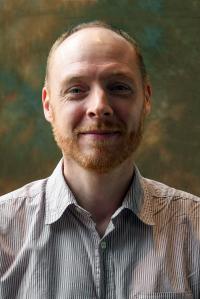 Dr. Will Porter, Instructor of Trombone


Originally from the United Kingdom, Will Porter (pronouns: he/him) joined the faculty at Eastern Illinois University in 2018. Will has performed with orchestras throughout Europe, South America and North America, including the London Philharmonic Orchestra and Gustav Mahler Jugendorchester. From 2009-2014, Will held the position of Co-Principal Trombone with the Orquesta Filarmónica de Santiago, at the Teatro Municipal, in Santiago, Chile. Will gave performances at the 2018 International Trombone Festival, and the 2019 American Trombone Workshop.

Will's research interests examine the relationships between classical-music education and social development, and from 2016-2017 he spent 12 months performing, teaching and researching in Mozambique. His previous research in East Africa has included working with brass bands in Dar es Salaam, Tanzania. Will regularly works with court-involved youth at juvenile detention centers and youth shelters in Wisconsin and Illinois, where he gives music workshops and teaches trumpet and trombone.