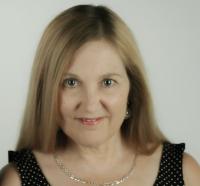 Robin Murray is a Professor of English at Eastern Illinois University. Her work in ecocritical studies began during her graduate work and was initially integrated into literary study, especially in relation to works by American women regionalists. She has been immersed in film studies for the past 17 years years but has maintained her ecocritical edge. She also coordinates the film studies minor. With a commitment to teachers and teaching, she also directs the Eastern Illinois Writing Project

Ecocinema and the City. Routledge Press, 2018. (With Joseph K. Heumann).

Gunfight At the Eco-Corral: Western Cinema and the Environment. University of Oklahoma

Ecology and Popular Film: Cinema on the Edge.  SUNY Press. 2009. (with Joseph K.

“Nature Guarding “Her Treasures” in Oil Comedies: The Case of Local Hero and Fubar: Balls

Where Life Begins: Documenting the Arctic as Home.” A Companion to Arctic Cinema. McFarland. Forthcoming. (With Joseph K. Heumann).