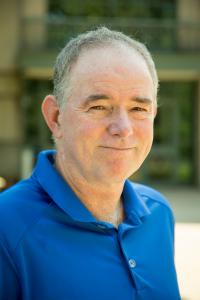 I worked at several newspapers across Florida for more than 20 years, mostly in sports – Orlando Sentinel, Florida Today, Clearwater Sun, Fort Myers News-Press – before coming to Eastern in 2002. I taught for six years at Valencia Community College where the student newspaper earned three national ACP Pacemaker Awards, four regional ACP awards, and numerous state awards. At Eastern, I advised the Daily Eastern News from 2004-08 during which it also earned several national ACP Pacemaker Award nominations for its print and online editions, winning the online category once. I teach primarily reporting and sports media courses. The second edition of the Field Guide To Covering Sports, a text used in college classrooms across the country, was released by SAGE Publishing in 2017. The University of Nebraska Press published my nonfiction book, Monster Trek: The Obsessive Search for Bigfoot, about people who investigate sasquatch all across America in December 2015.  I have also been co-host for a sports media podcast at WEIU-FM for the past two years. Check out my sports media website as well.

I am also the co-publisher/editor of ColesCountySports.com, a website that focuses on local athletics off-campus -- primarily high school, community college and youth sports where students can get hands-on experience writing features and game stories, can cover beats and can develop multimedia skills.

I recommend those interested in sports media take advantage of the multiple hands-on experiences here at Eastern. Besides Coles County Sports, students can cover college athletics for both the Daily Eastern News and WEIU-TV's nightly NewsWatch, can write features for the yearbook (Warbler) and can develop play-by-play skills through WEIU-FM and other area stations. Plus, we have sports media major and minor options. EIU enables students to immerse in sports media through various outlets and courses.

Wrote series of stories on Illinois Route 1 that were published in the Decatur Herald & Review (summer 2013) – "Danville stadium and its team part of rich baseball heritage," "Ferry shuttles commuters, and a few Asian carp, from Illinois to Kentucky," "A storeowner and a biker continue to navigate life's obstacles," "Story seekers visit final resting place of accused witch and killer," "Proud veteran helps care for courthouse in deflated downtown," "Bill Cobb offers up produce and wisdom from his roadside stand."