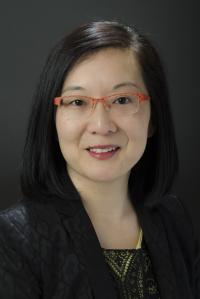 Dr. Suzie A. Park, Special Assistant to the Provost on Student Learning, Professor of English

Office Hours: by appointment (sapark@eiu.edu)
Special Assistant to the Provost on Student Learning

Duke University, B.A. in English and in African and Asian Languages and Literature

Inducted into the national honors organization, Phi Beta Kappa, at Duke University (Beta Chapter of North Carolina), Dr. Park has served as the President of the PBK Alumni Association of East Central Illinois since 2008.

Park's Phi Beta Kappa "Behind the Key" profile can be seen here.

Born near Los Angeles, and raised in Phoenix, Dr. Suzie Asha Park earned her Ph.D. in English at UC Berkeley and her B.A. in English and in African and Asian Languages and Literature at Duke University. Before teaching at EIU, Dr. Park taught as a Postdoctoral Teaching Fellow at UC Davis and worked as a technical writer at a software company in Silicon Valley. While her undergraduate interests included pre-med studies, English, and music, her passion for literature won out in the end.

She has been an NEH Fellow, Mellon Fellow, and participant in the National Humanities Center Summer Institute. She is currently at work on two book projects, titled Compulsory Narration: Resisting the Demand for Depth in an Age of Information, 1750-1850, and Preparing for Eventualities. Dr. Park's current research engages with the conundrum of mortality from literary and philosophical perspectives from the eighteenth century through today.

Elected to one of only five open at-large seats on the National Phi Beta Kappa Senate, Dr. Park serves the country's most prestigious honors society as a National Senator.